All in the Bloodline: William Truesdale and the Cryptocracy 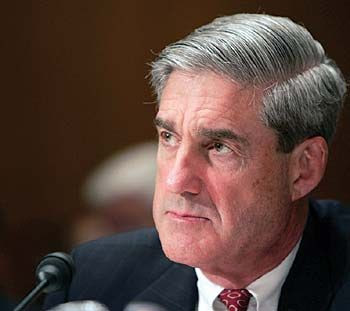 Robert Mueller III, an ostensibly unconnected federal prosecutor, has had a key role in the parapolitical affairs of the eighties, the nineties and the beginning of the twenty-first century. In the eighties, he defined the history of terrorism when he led the investigation of the bombing of Pan Am 103, a false-flag operation carried out by U.S. intelligence services designed to escalate tensions with Libya. In the nineties, led the investigation of the Bank of Credit and Commerce International (BCCI), a bank with close ties to U.S. and Israeli intelligence that was being used by dictators, terrorist groups, arms cartels, drug cartels, and child prostitution rings, among others. In both cases, he covered up the key role of the CIA, as he would as the director of the field investigation of the attacks.

Most importantly, it was Mueller who headed the field investigation of the 9/11 attacks. He oversaw the formation of the narrative that would become a major part of the national security state's religion.

Yesterday I mentioned the law firm that Mueller worked for from 1993 to 1995. One of its two co-founders had served in Army Intelligence before becoming a member of the Trilateral Commission, and, through his membership in this elite group (formed by CIA assets David Rockefeller and Zbigniew Brzezinski), became an advisor to four U.S. presidents.

Bloodline was everything in the empires and kingdoms where the systems of control that exist today were refined. It continues to have a central importance to the elite and this is why virtually every president is descended from royal European bloodlines. Bloodlines that have participated in the Cryptocracy for years have special status, as do those in association with them.


It is a prime tenet of Masonry that its assassins come in threes. Masonic assassins are known in the code of the lodge as the "unworthy craftsmen". Because Masonry is obsessed with the earth-as-game board (tessellation) and the ancillary alignments necessary to facilitate the "game" it is inordinately concerned with railroads and railroad personnel to the extent that outside of lawyers and circus performers, no other vocation has a higher percentage of Masons than railroad workers.

Truesdale became best known as the president of Delaware, Lackawanna and Western Railroad (DL&W) from March 1899 to 1925. He remained the chairman of the board until 1930. On the board from the time Truesdale began serving as president was William Rockefeller, Sr., the founder of the Rockefeller dynasty. Also on the board was George F. Baker, who provided much of the initial funding for Harvard Business School and co-founded the National City Bank of New York, which became Citibank.

Baker was an operative of J.P. Morgan, who was a pallbearer at the funeral of Hamilton McKown Twombly, who was also serving on the board of DL&W. Twombly was a financial advisor to William Henry Vanderbilt and married his daughter. The Vanderbilts and the Morgans are among the influential clans that have shaped the course of American history.

From 1899 until five years before his death, Truesdale was only a degree of separation from this sinister nexus. He was also a director of Western Union, alongside Percy Rockefeller, Vincent Astor, Paul Warburg, William Averell Harriman and William Vanderbilt. In other words, some of the most prominent members of the most influential bloodlines in American history.

Paul Warburg is known as a chief architect and sponsor of the Federal Reserve System. Percy Rockefeller has the distinction of being one of the only members of his very powerful family to be initiated into the Skull & Bones Society, a dark occult group at Yale University that primarily consists of members of the Anglo-American aristocracy. William Averell Harriman was the founder of the Harriman dynasty. Vincent Astor, whose family has been among the most influential bloodlines of Great Britain and America (their name being in honor of the ancient goddess Ashtoreth) since the nineteenth century, was a very powerful businessman whose sister-in-law was married to James Roosevelt.

Many authors view the Morgan family as an American cover for the House of Rothschild. The Rothschilds and the Rockefellers, who are among the most elite families in the Anglo-American Empire, both trace their roots to Germany, a major center of occult activity that spawned secret societies such as the Illuminati in Bavaria and the Skull & Bones Society.  Before the change of name, the Rothschilds were known as the Bauers and are reported to have been involved in Satanism for many generations. The name "Rothschild" (red shield) comes from the red hexagram that hung on their door originates with the ancient mystery religions and has long been used as a symbol of the occult. They have evidently continued in that tradition. They funded the construction of the Israel Supreme Court under the conditions that they would select the specific land and architect while the cost of the project would remain unknown. The building is filled with occult symbolism specifically related to Freemasonry. Baphomet, a modern satanic figure believed to have been worshiped by the Templars and the Masons, appears to hang around the neck of Baroness Philippine Mathilde Camille de Rothschild quite often. Photographs of a surrealist ball the mansion of a member of the Rothschild family on December 12, 1972 reveal a dark occult theme. All of this makes it very strange that the Rothschilds are listed in Encyclopedia Judaica as "guardians of the papal treasure." Of course, perhaps that isn't so strange. The Rockefeller Center, across the street from St. Patrick's Cathedral, is also saturated with occult symbolism.

It would appear that Mueller's family has been involved with the Cryptocracy for a very long time.